The Kadalekai Parishe is the annual two-day carnival of groundnuts which is celebrated in the Silicon Valley of India, Bengaluru. It is noteworthy to mention that, the dynamic city of Bengaluru is also possessing its old day charm in some of its nuclear localities like Basavanagudi, Malleshwaram, Chikkapette and Sheshadripuram. 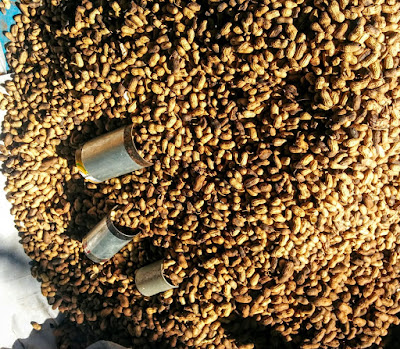 According to legends, the celebration has been acclaimed from the year 1537 CE when Kempegowda, the founder of the city constructed a sanctum sanctorum built exclusively for the bull God, Basava or Nandi on a hillock of this Deccan Plateau’s Southern City. The temple is known and recollected as Dodda Basavanna Gudi which in elucidation implies Big Bull Temple. The locality where this temple is situated is also called as Basavanagudi, literally the bull temple. The groundnut festival attracts a large number of visitors from the various localities of Bengaluru. The farmers, traders and visitors also come from the various other parts of Karnataka like Mysuru, Mandya, Hassan, Chikkaballapura, Chamarajanagara, Tumakuru. Like any other festival of Bengaluru, the groundnut fair also paves a way for a livelihood for people from the neighboring states of Tamil Nadu and Andhra Pradesh. Hundreds of farmers from the districts of Chittoor, Vellore and Krishnagiri visit Basavanagudi during the Karthiga month to celebrate the week long Kadlekai Parishe.

To Tame The Rampaging Bull!
Basavangudi is geographically bound by various other localities like Sunkenahalli, Guttahalli, Mavalli, Dasarahalli and a few others where groundnut was cultivated in plenty. The farmers unswervingly met issues with a rampaging bull which would venture into their fields on each full moon day. With no other choice left, the farmers appealed to the bull God, Nandi or Basava to deliver a conclusion to the maceration and promised that they would offer their first harvest to the God, as a token of gratitude. It is said that the farmers found an idol of Nandi in a farmland and started offering prayers to it; the villagers have also noticed that the idol began to grow rapidly and had to nail an iron peg on its head to control its growth, which still can be seen in the form a trident.

Holding fast to their statement, the farmers offered their first respect the divinity in an extremely great way which soon advanced into a tremendous fair. It is trusted that Nandi would restore the day after the festival, as a bull and eat the groundnuts bought in to the fair. Along these lines the carnival took its introduction to the world which features the genuine soul and culture of the city. The Karthika month of South Indian lunar calendar, invites umpteen number of farmers, traders and individuals who come in huge numbers to sell and buy groundnuts and the other value added products of groundnuts like Chikkis, Assorted peanuts etc.

One can discover groundnuts here in every conceivable shape and sizes; while some are sold raw, there are different forms too by which groundnuts are sold to the buyers. The whole area encompassing the temple adores a celebration look amid the two day fair and is thronged by a substantial number of individuals from varying backgrounds. What began as only a ceremonial offering of groundnuts to Nandi has now changed into an immense celebration which offers groundnuts as well as numerous different items that one would go over in a typical temple festival of Karnataka or any other State of the plateau.

Located adjacent to the Bull temple, is the Dodda Ganapathi temple. The sacred place houses a monolithic statue of Ganapathi, which is said to have developed to its present size and which measures 18 ft in stature and 16 ft in width. Amid the Kadalekai Parishe, the idol of the God, is enriched with butter which invites a large number of devotees to the fair grounds.

A market that sells only ‘Appams’ -  Vellappangady, Thrissur  Thrissur or ‘Thirushivaperur’ of the God’s own country is known for ... 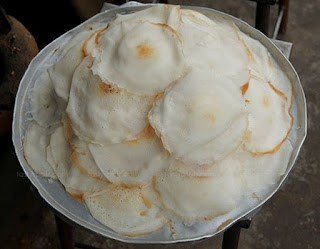